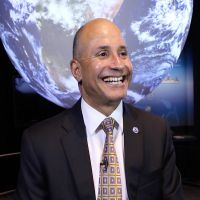 Military Service
36 years of distinguished service in the U.S. Coast Guard, including tours of duty in the Pacific and the Hawaiian Islands.

Vice Admiral Brown served as Deputy Commandant for Mission Support for the U.S. Coast Guard from 2012 to 2014 and as a Coast Guard Commander from 2010 to 2012. Previous duties include:

Military Assistant to the Secretary of Transportation.